Eating my fears in Canada

In March I went on my first ever ski trip. Well, second but we don’t count the first one…

It was a baptism by fire and despite a lot of lessons, it was still one of the hardest things I’ve ever done. You can read about how I pushed myself to the max over on Transformative Travel.

On here, I’d rather relive the beautiful snowy times that didn’t have me half way up a mountain having a panic attack. I’m kidding, the trip was great and while there was one panic attack, I learnt a lot about myself. I’d go back to Banff in a flash and even though skiing was hard, I know I’m hooked. 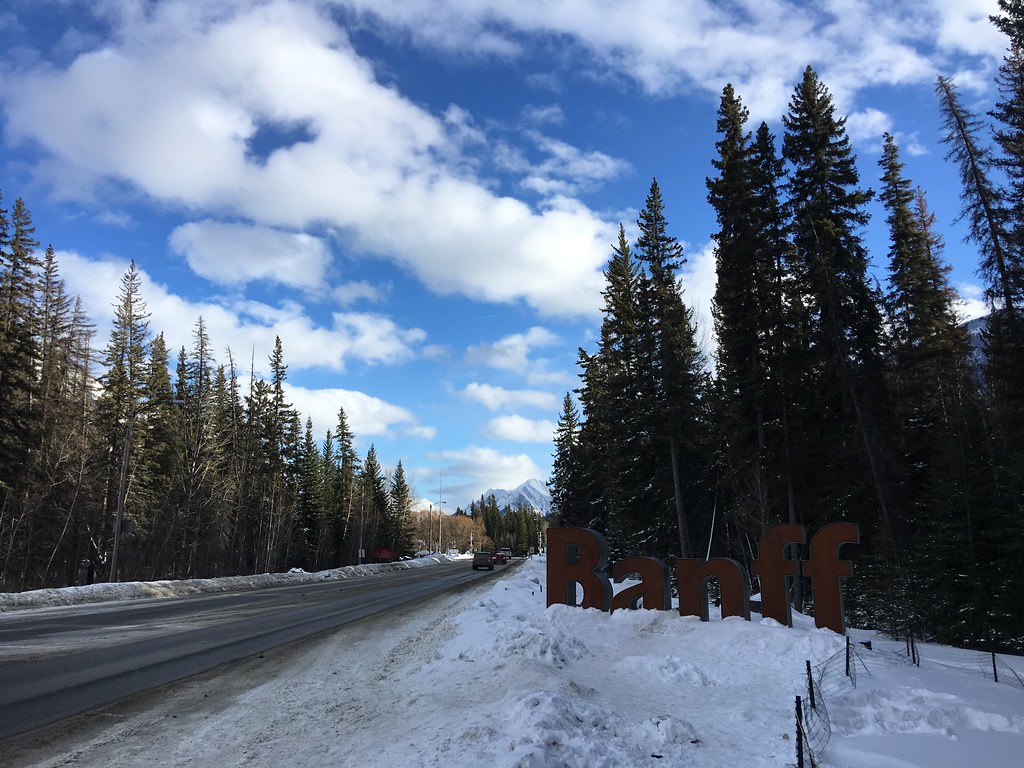 The town of Banff is magical. There was a huge dump of snow on the first few days we were there, which made for amazing skiing and slippery walks around town. 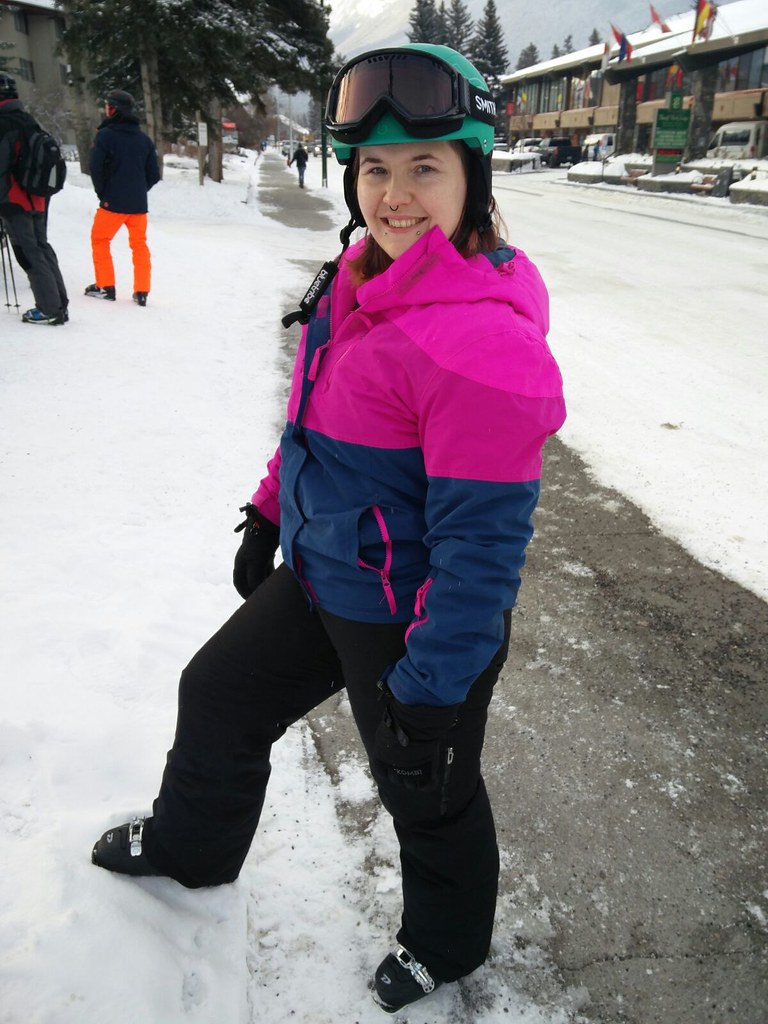 Every day’s OOTD was pretty similar, if I’m honest.

I suppose what I really want to talk about is the food. Food plays a very big part in my life but never more so when I’m burning 2000 calories during my daytime ski session. Thankfully, Banff did not fail to deliver on that front. 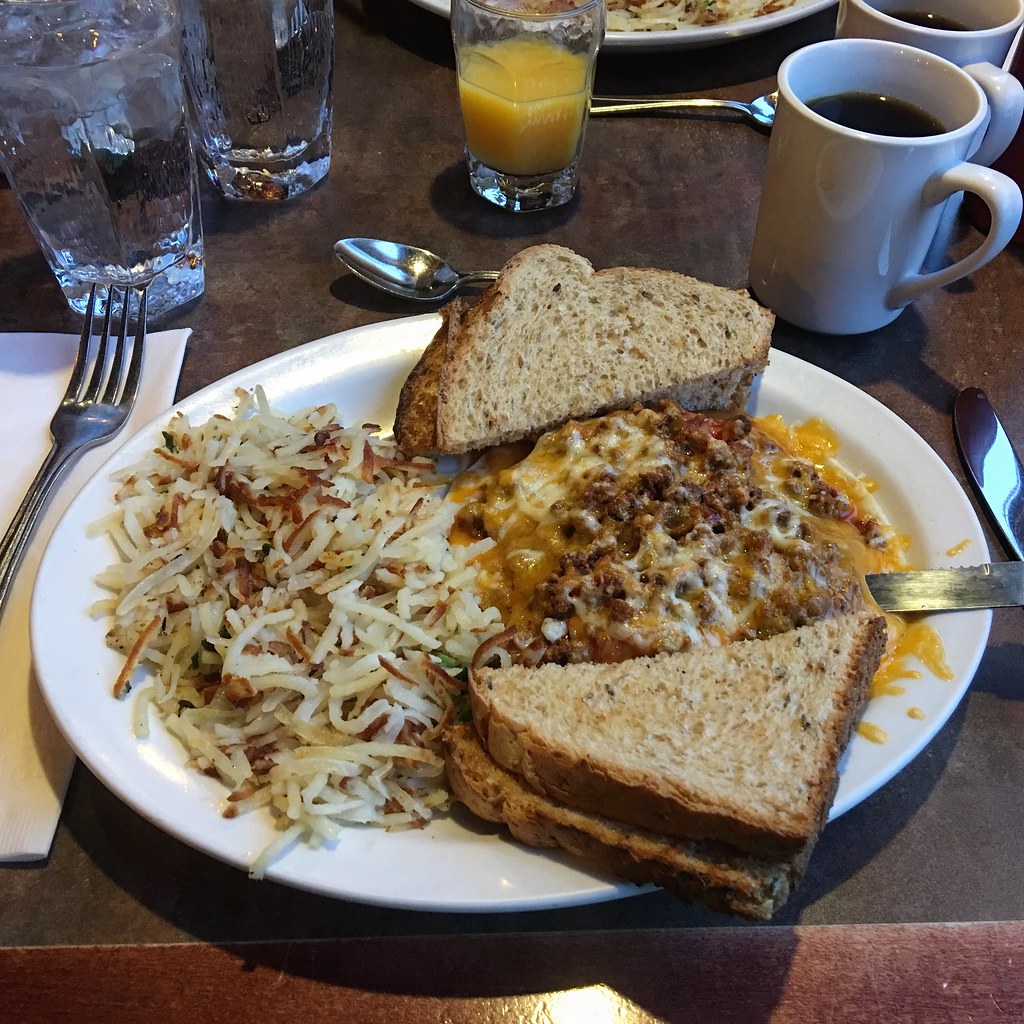 While we went to a couple of standard breakfast buffets, the highlights were meals at Melissa’s Misteak (above) and Tooloulous (below). Both were perfect ways to set up for a day of skiing, crying and shivering. 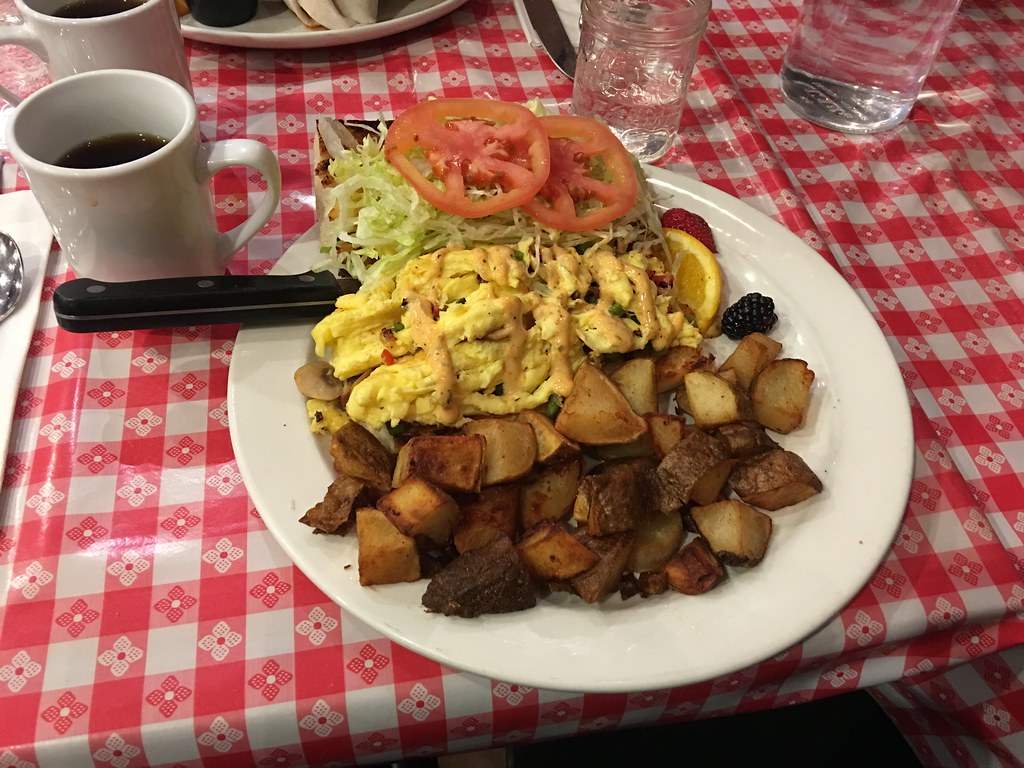 I’m pretty sure both of these breakfasts contain more calories than I normally eat in an entire day at home. 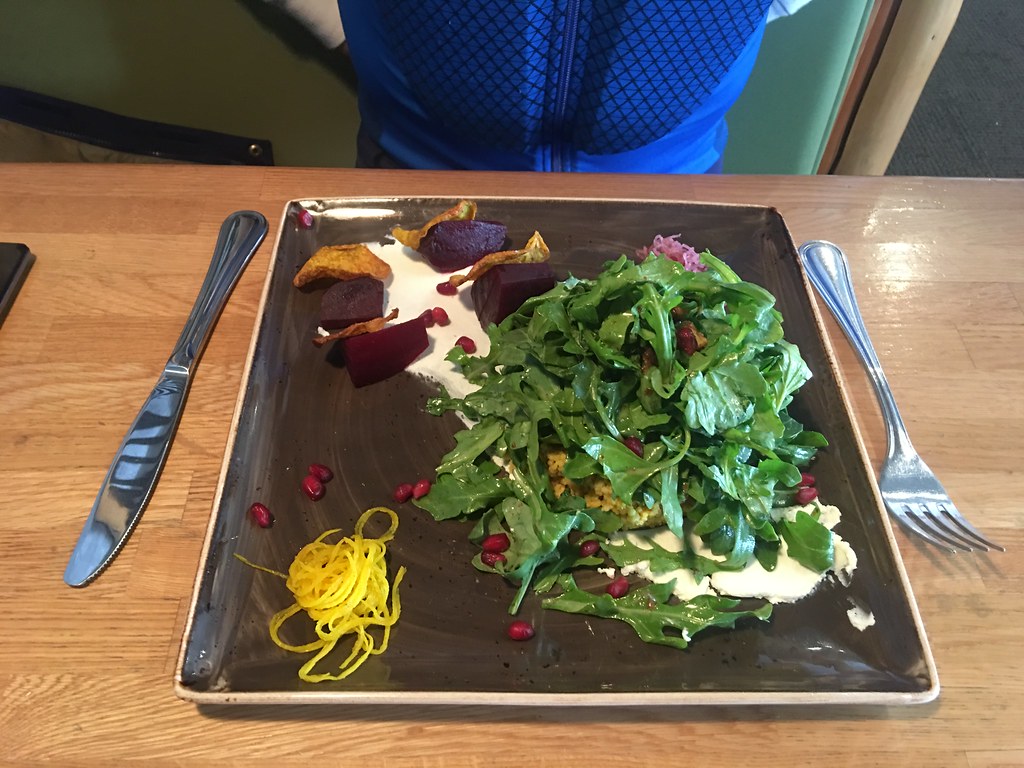 Even the lodges perched on the side of a mountain served up fabulous food. This salad captured my heart and soul on our last day at Lake Louise. 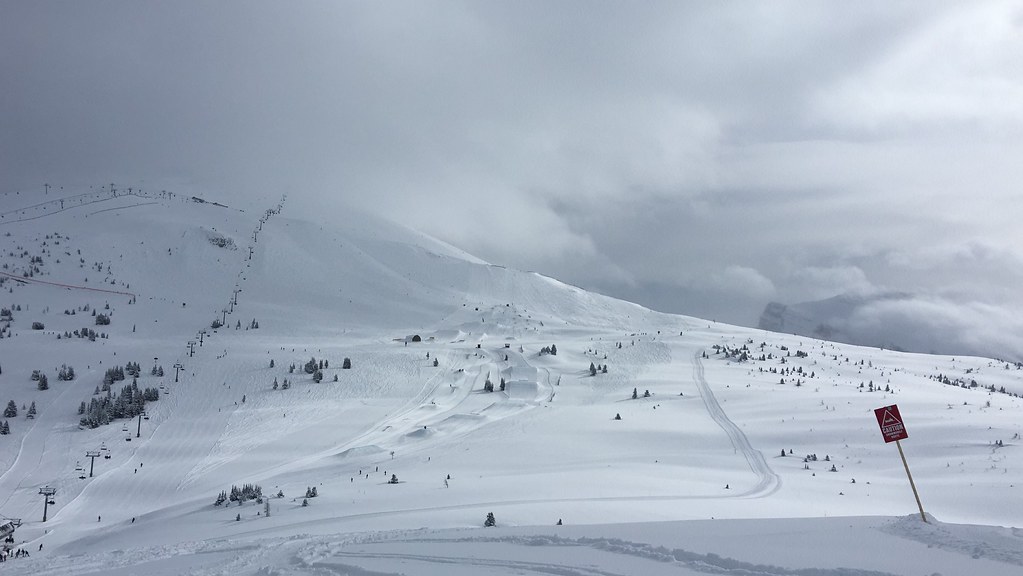 Sunshine Village was my favourite of the three resorts around Banff. The big dump of snow ensured there was lots of powder and it was pretty darn gorgeous to boot. 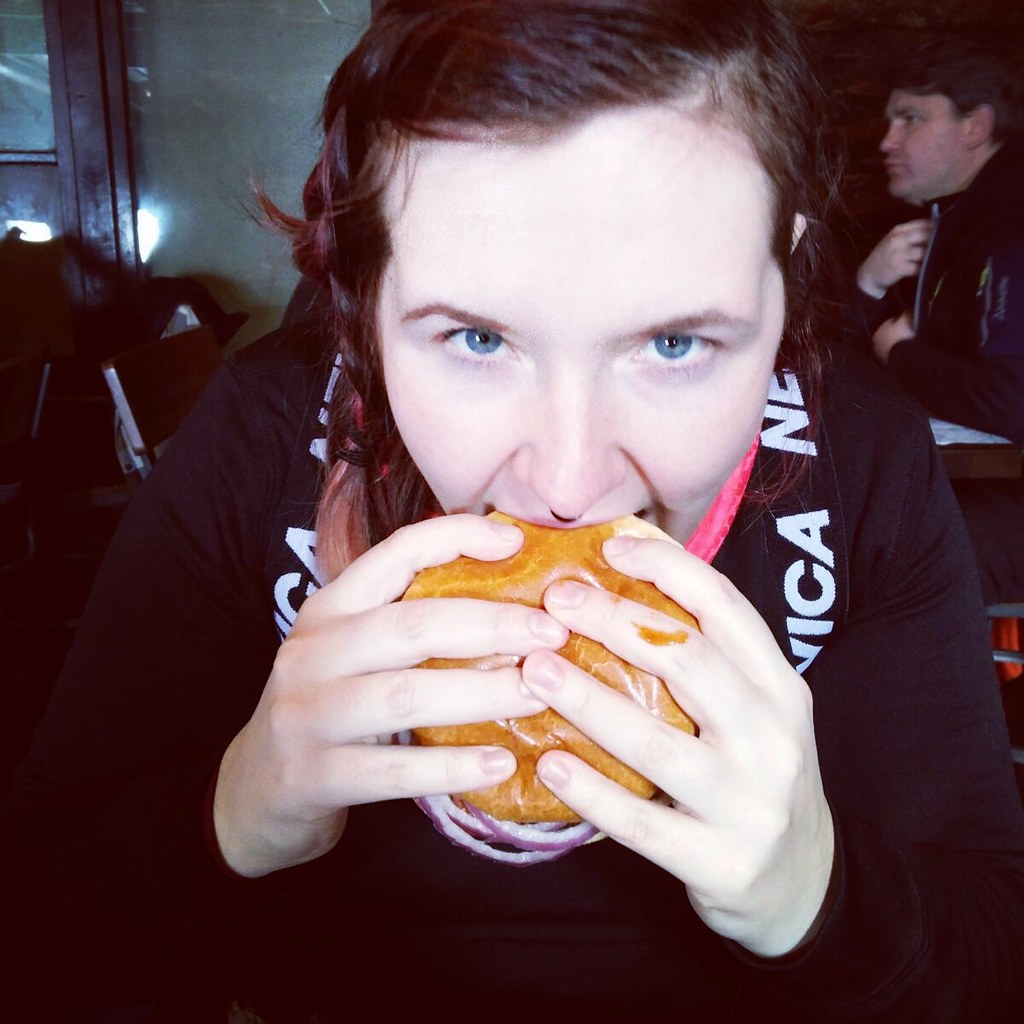 The food was also great… 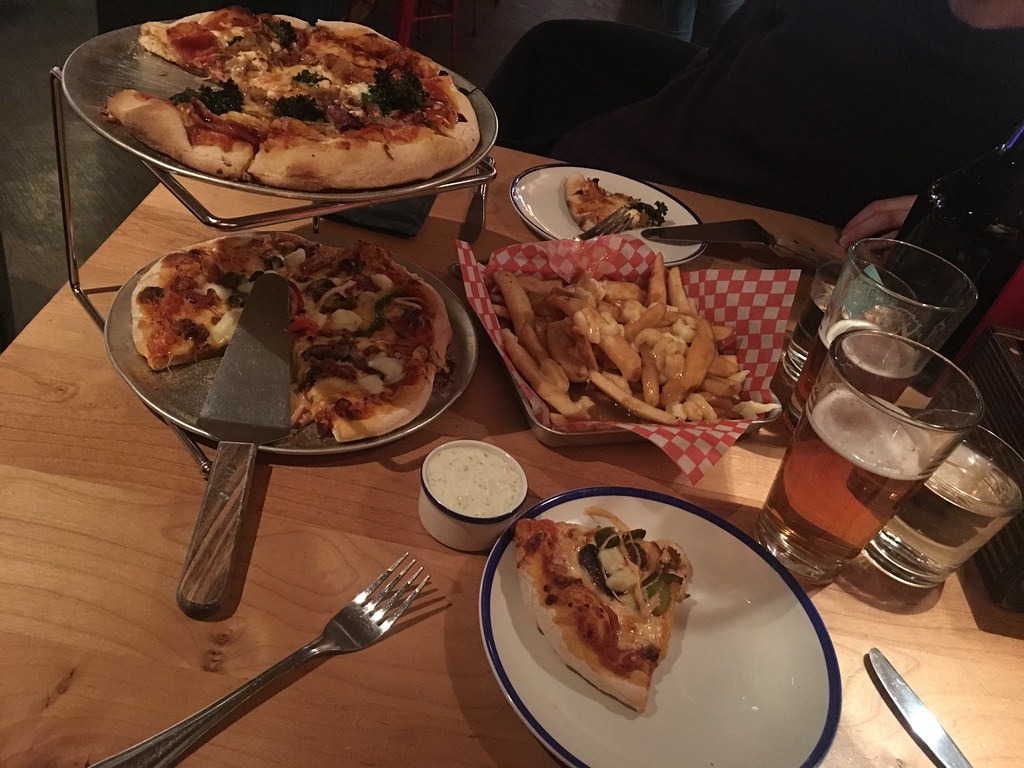 High Rollers, in Banff itself, was like stepping into an American teen movie. The restaurant had a bowling alley, lots of beer, a lively atmosphere, great music and very tasty pizza and poutine. We had to take some pizza home and it served us as a post-ski snack for a couple of days. 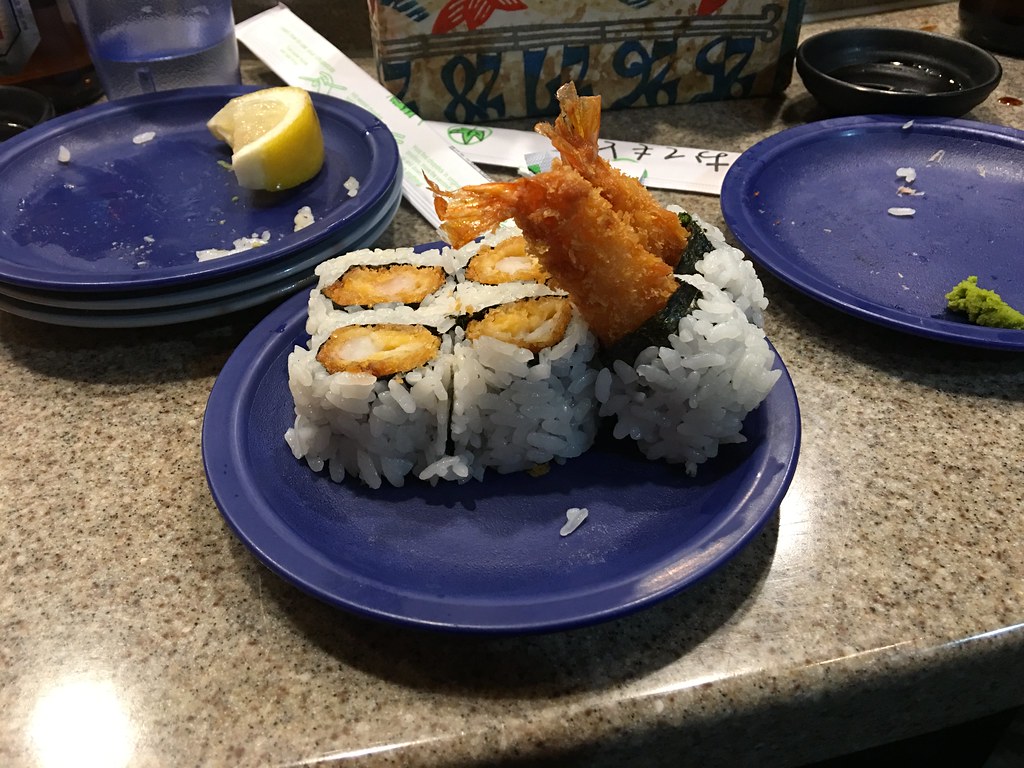 Banff Sushi House was also a joy. The sushi is delivered on a train and I will forever dream of these crispy shrimp rolls. 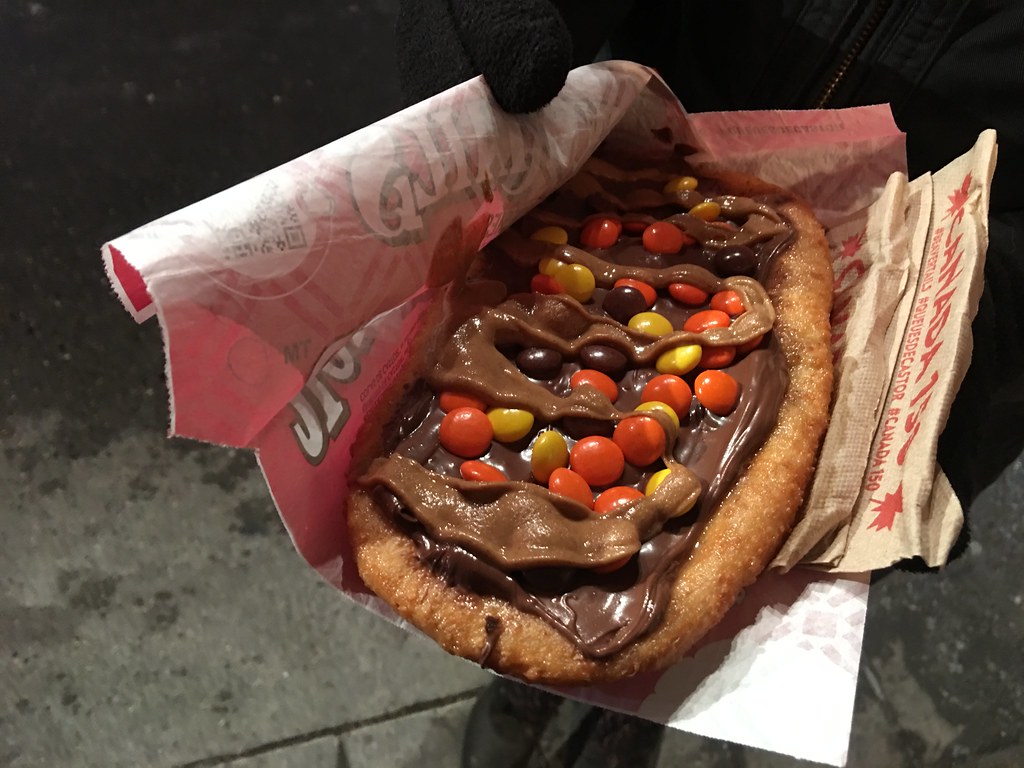 Finally, this was a Beavertail. A pancakey/waffley thing topped with Nutella, peanut butter and Reeses Pieces. Actual heaven. 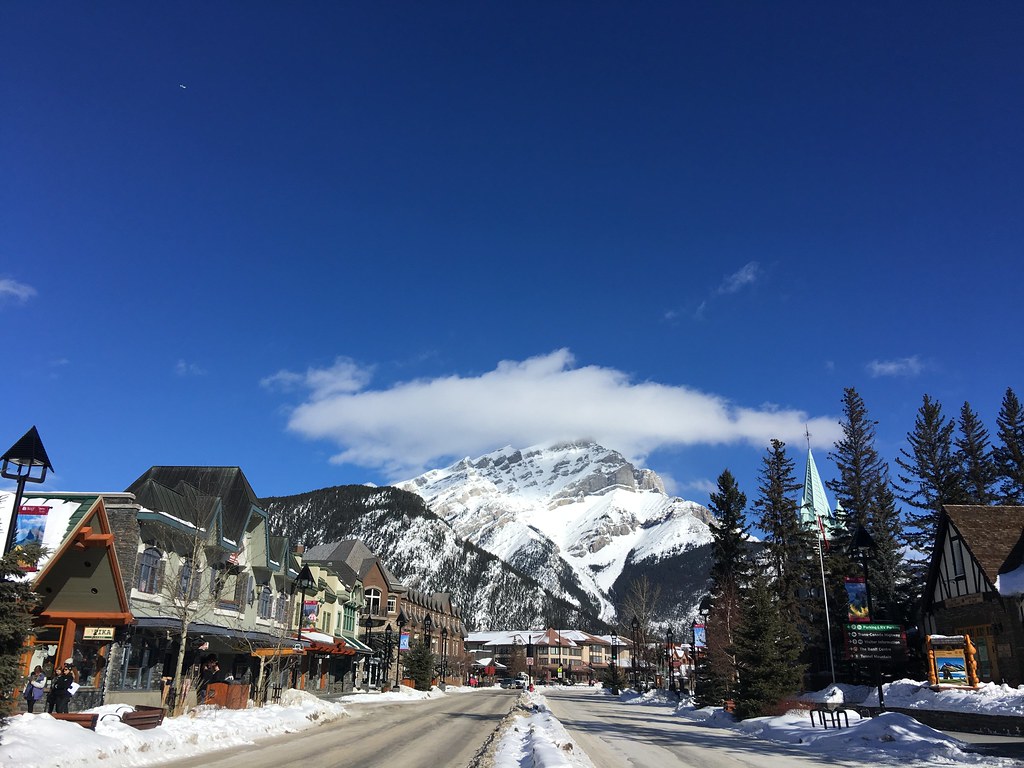 If you’re nervous about skiing and like to use food as a reward, go to Banff. Nothing got me through those tiring (but wonderful!) days on the slopes more than the promise of finding somewhere new and exciting to eat.

Does anyone else spend a ridiculous amount of money on food when they’re on holiday?